THE AWARDS AND THEIR DESCRIPTIONS ARE AS FOLLOWS:

Frances Miller Community Action on Behalf of Young Children Award
Frances MIller was born in the east and moved to Tucson in 1958. She graduated from the National College of Education in Evanston, IL in 1932, and taught in elementary schools in the Midwest for 21 years. She taught in settlement houses and was married to Earl Miller.

In Tucson, she was very active in the American Association of University Women, worked on early childhood causes and was known to have a “fierce devotion to our profession”.

She was one of the founders of the preschool at St. Mark’s and instrumental in having kindergartens funded by the State of Arizona.

She helped establish Tucson Association for Child Care (TACC), which is now Arizona Child Care and Family Resources, and was on their board for many years. She was a board member of Tucson Community School and received the Jefferson Award in 1988. She died in 1994.
​​
This award recognizes the work of a person currently or previously active in community/state/national child advocacy through any of the following:
Cecilia Avalos Parent Education Award
Cecilia was born in 1922 and married to Manny Avalos. She graduated from Northern Arizona College in 1943 and taught in many schools in impoverished neighborhoods. She received her MA from the university in 1983 and is the author of many bilingual books for children and their parents.

Cecilia taught in the Model Cities program and then developed the Parent and Child Education Program (PACE) in TUSD. She was the director of PACE from 1971-1983 when she retired. She worked relentlessly to establish a quality program for young children in Title I schools. She fiercely believed in furthering the education of parents and in supporting “her girls” who were early childhood teachers.
​​
This award recognizes a person who currently or previously has contributed significantly to the education of parents through any (but not limited to) of the following areas:
Nina Brannen Teaching Young Children Award
Nina was born in 1900 and died in 1991 at the age of 91. She was married to Horace Brannen and spent many years teaching in Brooklyn, NY, before moving to Tucson. On a shoestring, she began Little Bear’s School near the university. She believed that “children are happiest when they have the basic materials – water, mud, sticks and trees – and can let their imagination take it from there.”

Nina was instrumental in organizing and running the Tucson branch of the National Association for Nursery Education (NANE). In 1964, this became NAEYC and she was one of the founders of the Tucson Association for the Education of Young Children (TAEYC), serving as president. She was also a consultant to Head Start when it began; a CDA advisor for Central Arizona College; a teacher at Tucson Community School; and an author of CDA modules. She was a “woman with a dynamic personality, devoted to early childhood and a keen sense of humor”.

This award recognizes a person who currently or previously has made significant contribution to the education of young children in the following areas:
Mary Frobisher Teacher Education Award
Mary was born in 1905 and died in 1992 at the age of 87. She was married to Hamilton Frobisher, MD. She graduated from Temple University in 1926 and had a Master’s in Child Psychology from the University of Iowa. She was a professor of child development and education at Smith College for 16 years and director of a preschool for children that were deaf.

She moved to Tucson in 1952 and set up the Easter Seals program. She was the first director of Tucson Community School from 1955-1966 and a trustee for many years. She was also the director of training for Head Start when it began in the mid-1960s, a consultant to the Navajo Head Start programs and a lecturer at the University of Arizona.

This award recognizes a person who currently or previously has contributed significantly in the education of those who teach young children through the following areas:
Board Award
In 2003, the SAZAEYC Governing Board decided to institute a new award in recognition of public service supporting children’s issues and political advocacy on the behalf of young chidren.

In 2022, the SAZAEYC board honored 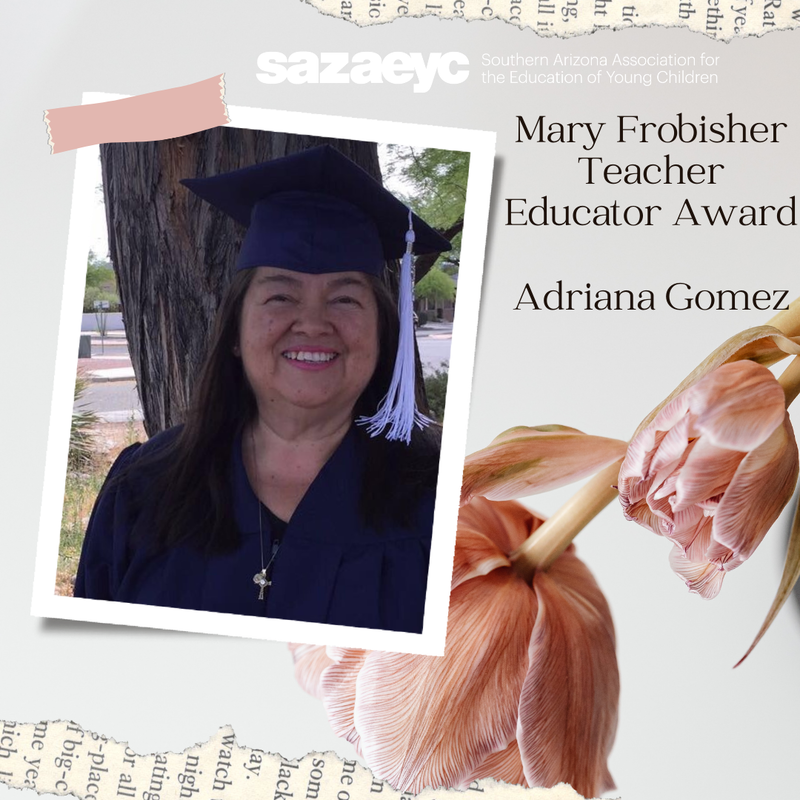 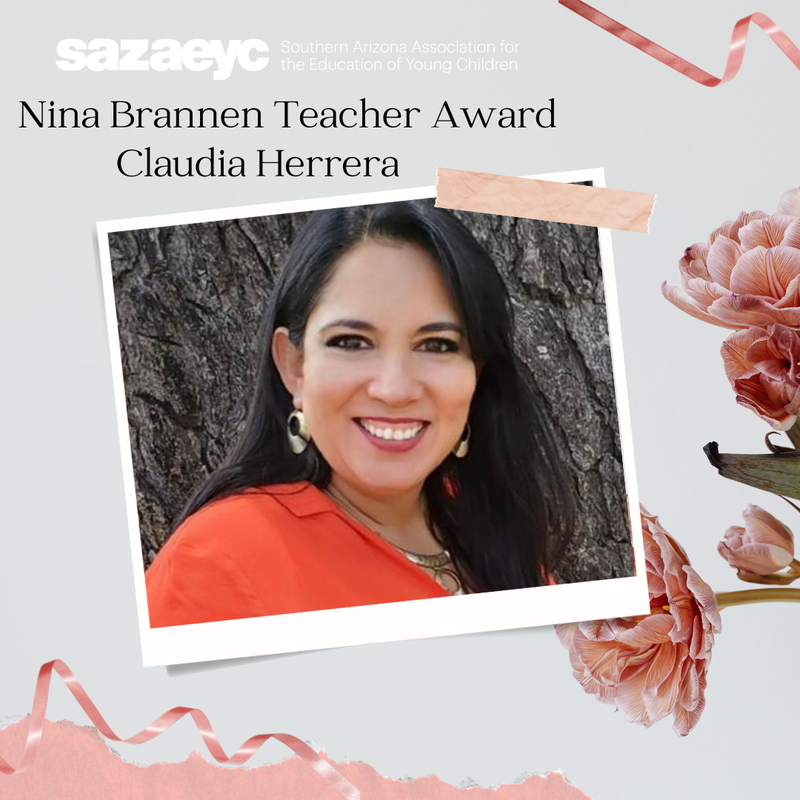 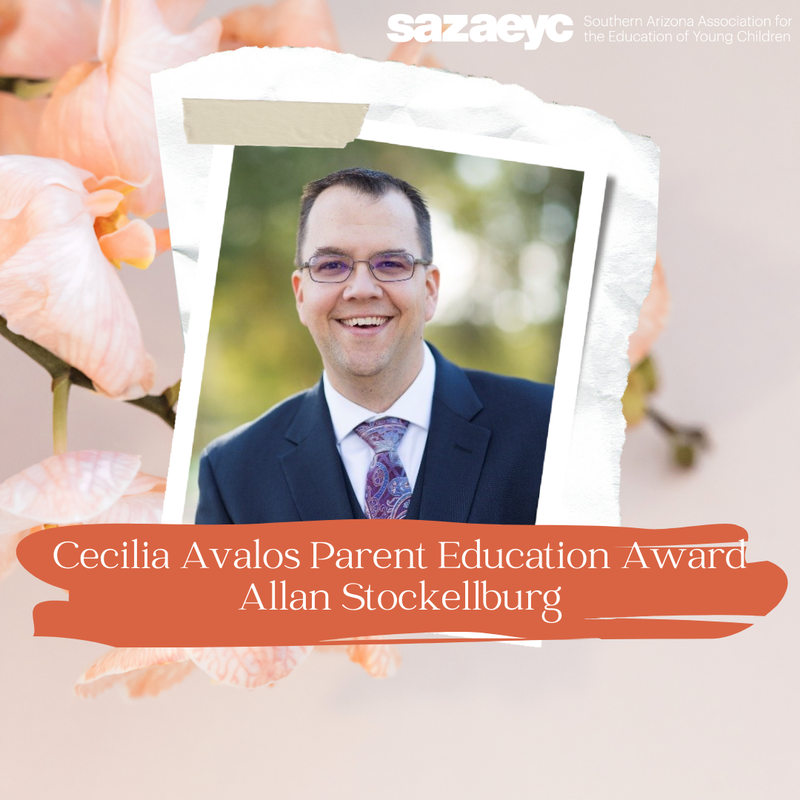 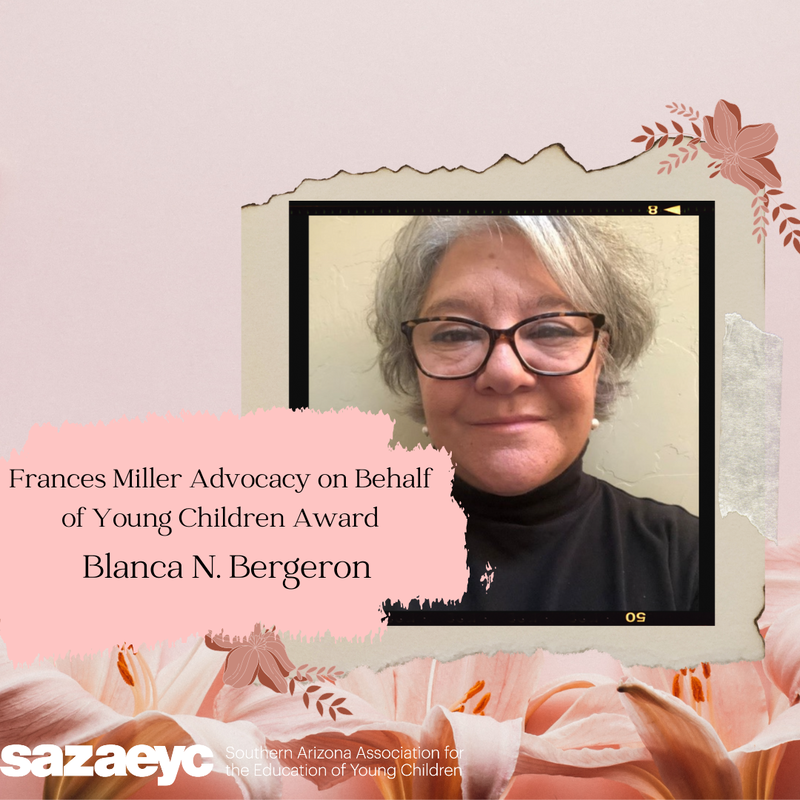